The store will not work correctly in the case when cookies are disabled.
Menu
Account
Settings
Skip to the end of the images gallery 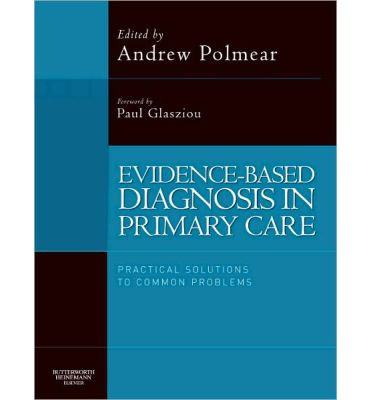 Skip to the beginning of the images gallery

by Andrew Polmear
Rating:
0%
Be first to write a review

This book has been prepared by professionals working in the UK and sets out the principles and practice of EBM in primary care diagnosis. Giving guidance on over 100 symptoms and disorders, the book illustrates the fundamental issues: that the value of a history, examination and investigation depends on the patient's prior probability of disease and on the setting and expertise of the doctor. Many chapters feature "red flags" - elements of the history or examination that should alert us to the possibility of serious disease, which are vital for general practice.

Evidence-Based Diagnosis in Primary Care provides guidance on diagnosis in general practice, from the patient’s first presentation with a symptom to the final establishment of a diagnosis or referral for further investigation. The book is divided into two parts:
• Symptoms; which details the steps necessary to reach a provisional diagnosis when a patient presents; and
• Disorders; in which the more detailed assessment of that initial diagnosis is described.

This is the first book to be written about diagnosis in primary care that attempts to base its guidance on the research evidence. Enough information is provided on each symptom, or condition, to decide on the pre-test probability of each possible disorder, and how the symptoms, signs and investigations alter those probabilities to allow a conclusion to be reached about the most likely diagnosis.

Evidence-Based Diagnosis in Primary Care also explains the principles of evidence-based diagnosis – with special emphasis on the issues raised by attempting an evidence-based approach in primary care – and clearly demonstrates the power, and the difficulties, of an evidence-based approach. Many chapters also feature ‘red flags’ – elements of the history or examination that should alert the practitioner to the possibility of serious disease, which is vital for general practice.

Write Your Own Review
^Top